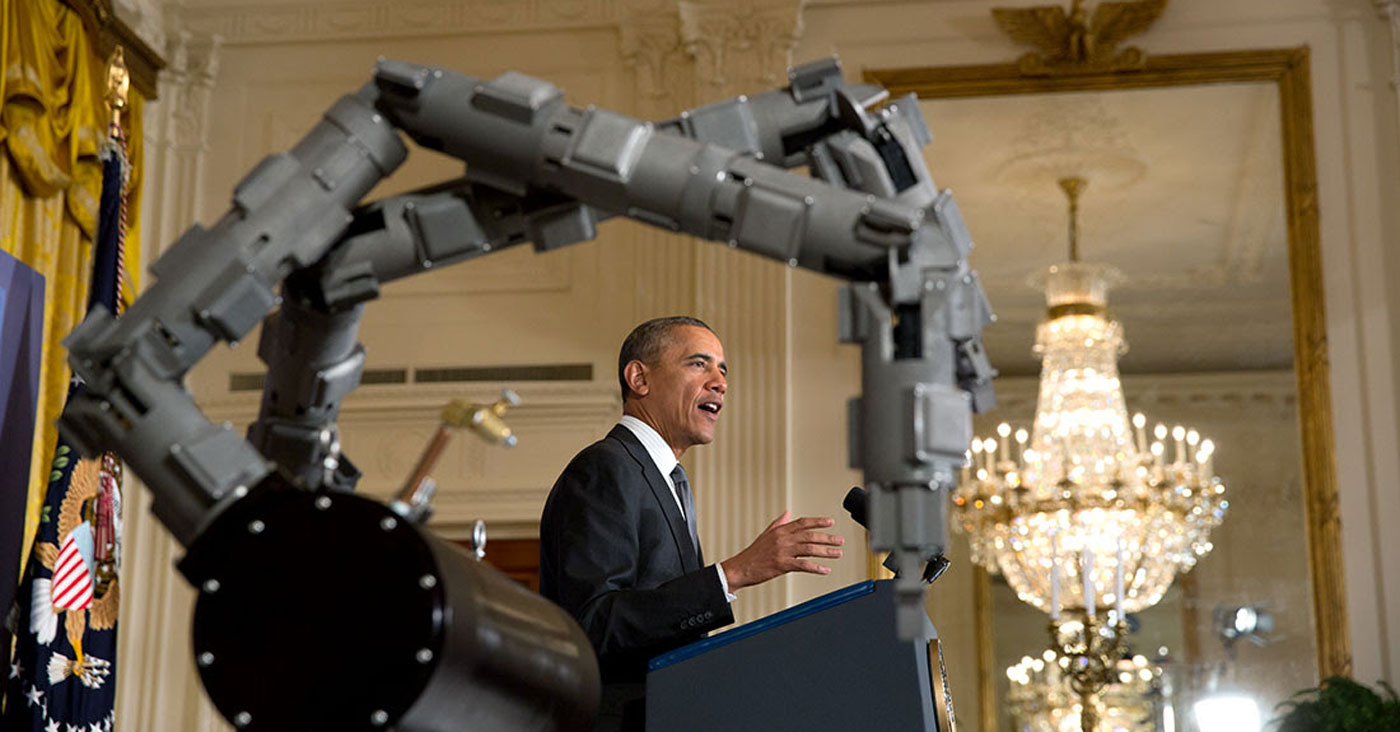 CORVALLIS, Ore. – Oregon State University and the Design Engineering Laboratory in its College of Engineering have been chosen as one of the key partners in a new Digital Manufacturing and Design Innovation Institute, just announced by President Obama with $70 million in federal support.

The UI Labs in Chicago, Ill., will be the lead institution in this initiative, which is also expected to attract $250 million in support from other academic, industry and government organizations. Collectively, about 70 academic and industry participants hope to revolutionize the way that things get built.

“This is a transformative opportunity to shape the future of American manufacturing,” said Warren Holtsberg, chairman of UI LABS. “We salute the vision of the president.”

OSU engineering experts have been working toward similar goals for several years now, and agree that the potential of the new initiative is extraordinary.

“We now can use sophisticated computer systems and advanced design methods to do mechanical design, testing, and error identification before anything is actually built,” said Rick Spinrad, vice president for research at OSU.

“The advantages in saving time and money on the road to manufacturing the products of the future could be profound,” Spinrad said. “This should increase productivity, make American manufacturing more competitive, and create more jobs – and new types of jobs - both in Oregon and across the nation. We’re excited to be a part of this.”

Oregon industry members of the Northwest Collaboratory for Sustainable Manufacturing have also expressed interest in participating in the new institute.

“Within minutes of forwarding the news of the selection of UL Labs for the DMDI Institute and OSU’s participation in it, I had calls and emails from our industry partners in the Portland area wanting to know how to get involved,” said Rob Stone, head of the OSU School of Mechanical, Industrial and Manufacturing Engineering.

Digital design allows for new product development to be accelerated by up to 50 percent. Most of the initial federal support for this initiative is from the Department of Defense, which envisions ways to create needed military vehicles and other technology much faster and at less cost. But the concepts could ultimately be used to manufacture anything from a tank to an automobile, washing machine, jet aircraft or toaster oven.

According to Matt Campbell, an OSU professor of mechanical engineering and one of the university’s leaders in this field, digital manufacturing is a concept that greatly reduces physical prototypes and testing, as well as time to manufacture.

“In design, the idea is to fail early and often, so that we succeed sooner,” Campbell said. “Our digital tools will predict performance and where failure will occur, and reduce or eliminate the need for costly prototypes. Then we’ll use 3D printers and other tools to automate and streamline actual manufacturing.”

This approach, researchers say, will provide a fundamentally new way for digital information to flow among designers, suppliers, and customers, as well as to and from intelligent machines and workers on the factory floor.

In announcing the grant for this new initiative, President Obama said that digital manufacturing is critical to America’s future.

“The country that gets new products to market faster and at less cost, they’ll win the race for the good jobs of tomorrow,” Obama said. “And if you look at what’s happening in manufacturing, a lot of it is much more specific.  Companies want to keep their inventories low.  They want to respond to consumer demand faster.

“And what that means is, is that manufacturers who can adapt, retool, get something out, change for a particular spec of a particular customer, they’re going to win the competition every time,” Obama said.

Since the beginning of the Industrial Revolution, most manufacturing has been done by building a prototype based on an original design, then observe what does and doesn’t work. Clearly this approach can work, but it’s slow, wasteful and expensive.

The technology being created at OSU, and other partners in this initiative, is to translate almost every aspect of a mechanical system into data that can be mixed and matched in sophisticated computer systems – what a part will do, how it will perform, what materials it is made of, how much stress those materials can take before they fail, what will happen at the intersection where one component interacts with another, where failures might occur, and how those failures can be prevented.

“This field holds great promise to design and test completed machines on a computer before they are ever built,” said Irem Tumer, an OSU professor of mechanical engineering and associate dean for research and economic development in the College of Engineering. “We’ll see what works, identify and solve problems, make any changes desired, and then go straight to commercial production.”

In theory, a new machine should work perfectly the first time it is ever built – because that’s what the computer predicted.

Some strengths that the OSU team will bring to this initiative include virtual testing and performance; automated machining and assembly planning; innovation in conceptual design; automation of difficult design decisions; and process model prediction.

Advances already made at OSU include work on failure propagation analysis; a model repository; verification tools that will ensure the model should work; automated machining and assembly planning; and virtual performance of safety and reliability. Continuing work is studying fault behavior, to determine what will happen if a part fails.

“We’ve already done a lot of work with single parts and small groups of components,” Tumer said. “Now we’re taking that complexity to the level of a finished and completed machine, sometimes thousands of parts working together.

“That’s a much more difficult challenge,” she said. “But it’s also why the support from President Obama and the federal government is so important.

“This infusion of federal and private funding should significantly speed progress in the field,” Tumer said.  “We know these systems are going to work, and we really believe the impact on American manufacturing is going to be extraordinary.”